Extreme Barcelona closes its 12th edition with a resounding success 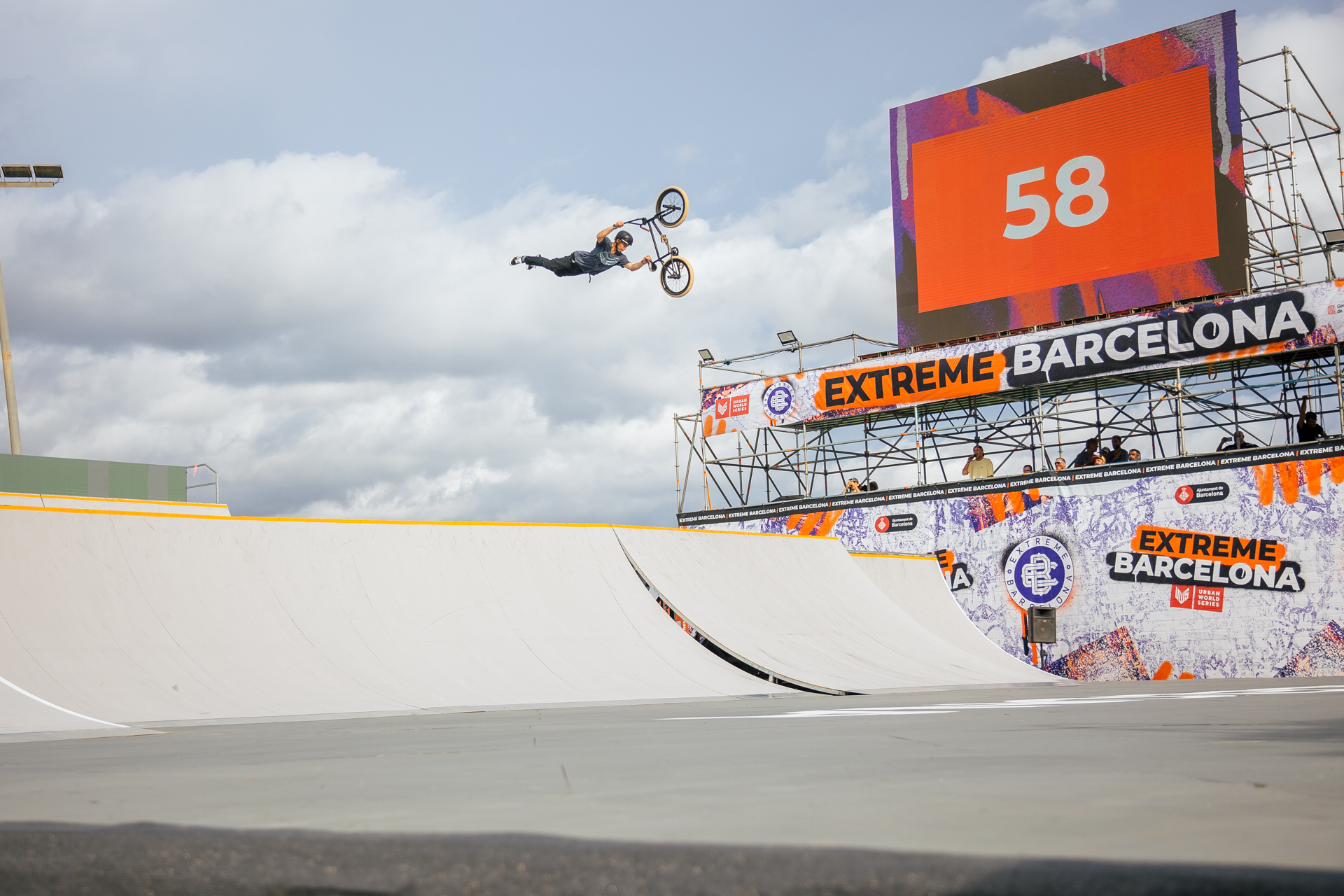 Extreme Barcelona opened its doors to the city that saw him grow and held its first edition with free access from 16 to 18 September in the Parc del Fòrum.

The Scooter the king par excellence at Extreme Barcelona

Matis Neyroud took gold performing one of the best tricks in his ‘Bestrick‘ round, a croocked to fakie to fakie frontflip to halfcab flair, lifting the entire street plaza in a final in which the public carried all the riders. Kai Saunders took the silver and Navàs rider Guifré Obradors completed the podium. 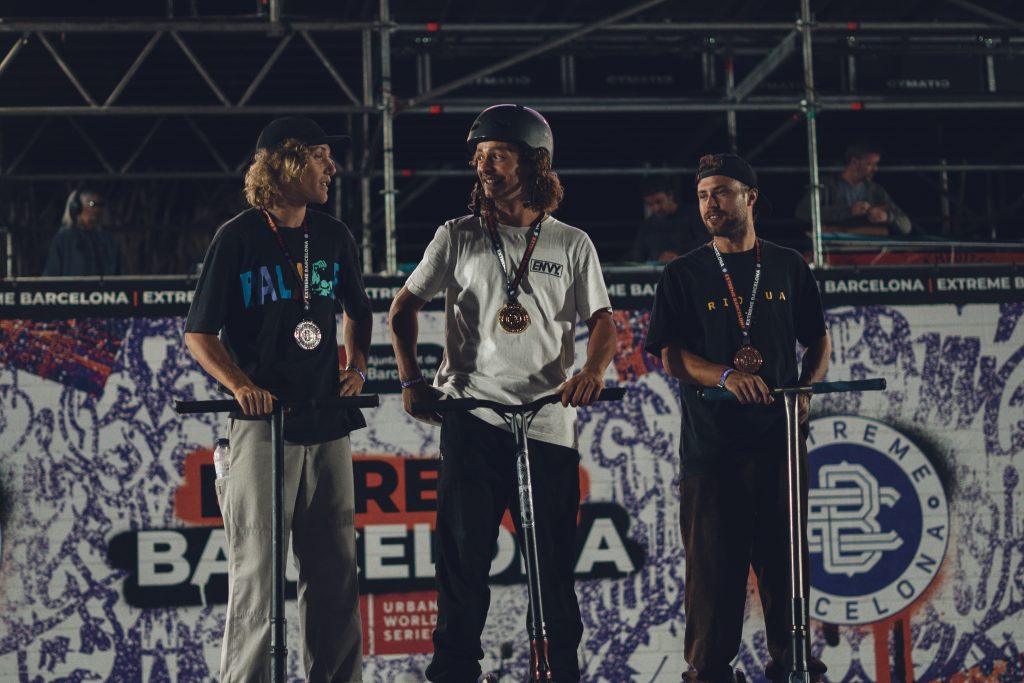 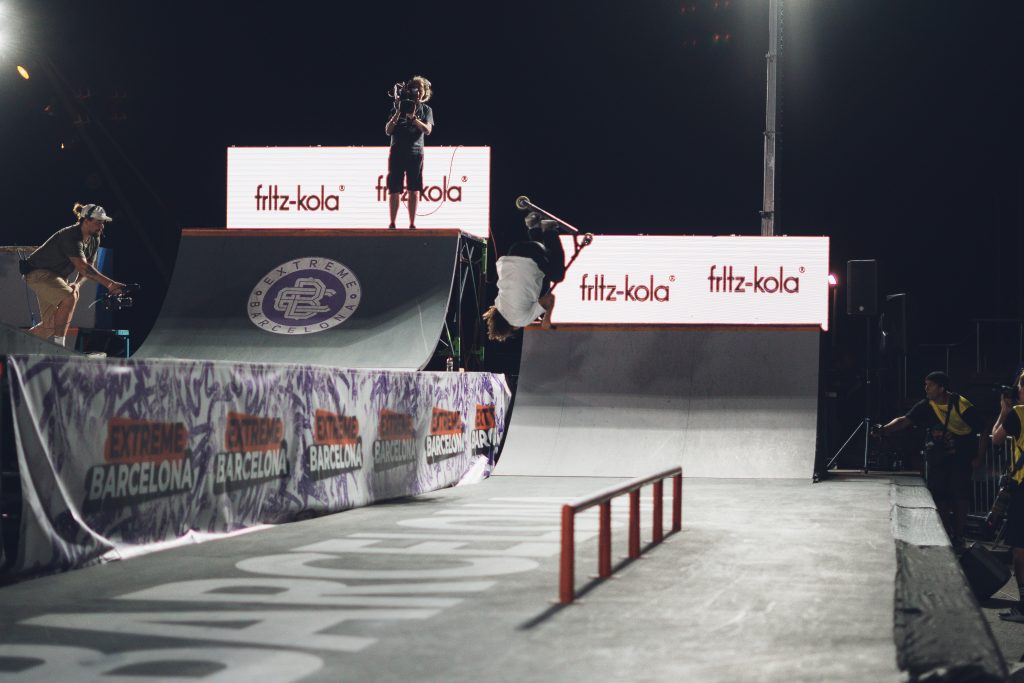 Jordan Clark put his sixth medal around his neck after winning gold in the Scooter Park final. The Briton thus became the top medalist in the 12 editions of the Extreme (5 golds and one silver). The Scooter Park world champion left no chance to his rivals, Jamie Hull and Jaden Sharman completed a podium 100% made in England. The English prove once again that in Scooter Park they are the reference country. 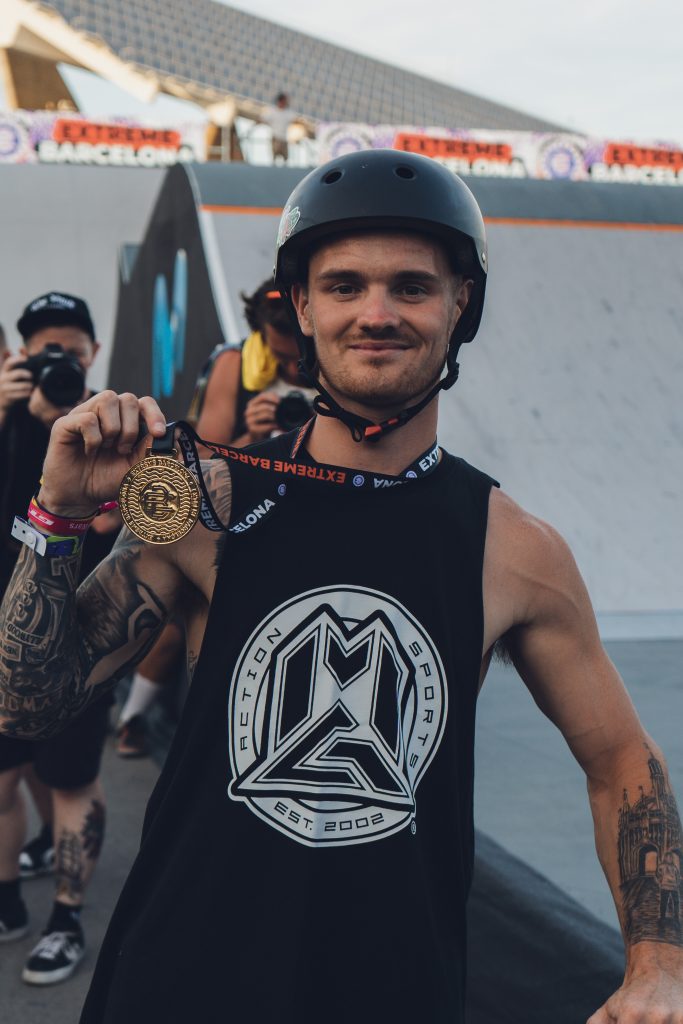 Extreme Barcelona recovered the Park Battle to pay tribute to one of the promoters of the scooter at national level: Fernando Perez Manyanet. Esteban Clot was crowned champion after being the first rider to perform a World First. The Frenchman landed a 360 frontflip drop from the 5-meter high wallride, a feat never seen before in competition that put the finishing touch to an unforgettable weekend.

Skateboarding burst into the Street Plaza of Parc Fòrum with two vibrant finals in women and men. The Dutch Roos Zwetsloot, Olympic in Tokyo 2020 where she was 5th, was the winner of the women’s skateboarding. On the other hand, the 13-year-old Natalia Muñoz from Cadiz was silver and the Argentinean Guadalupe Orellano took the bronze.  As for men, the Peruvian Angelo Caro, after a first round to forget, scored an incredible second round driving crazy the large audience present at the Street Plaza. But it was not until the last attempt of the bes tricks where the outcome of a very close competition was known. Caro took the victory after a 360flip fifty in the gap to hubba that sentenced the final. The second classified was the very young Japanese Ginwoo Onodera, just 12 years old, the young Japanese skater was the favorite of the public that deafened the skateplaza every time the Japanese rolled on top of his board. Tricks like the fs blunt flip out or the flip bs tail to fakie were the pearls that this skate wizard gave to the crowd…. Third on the podium was Slovakian Richard Tury. 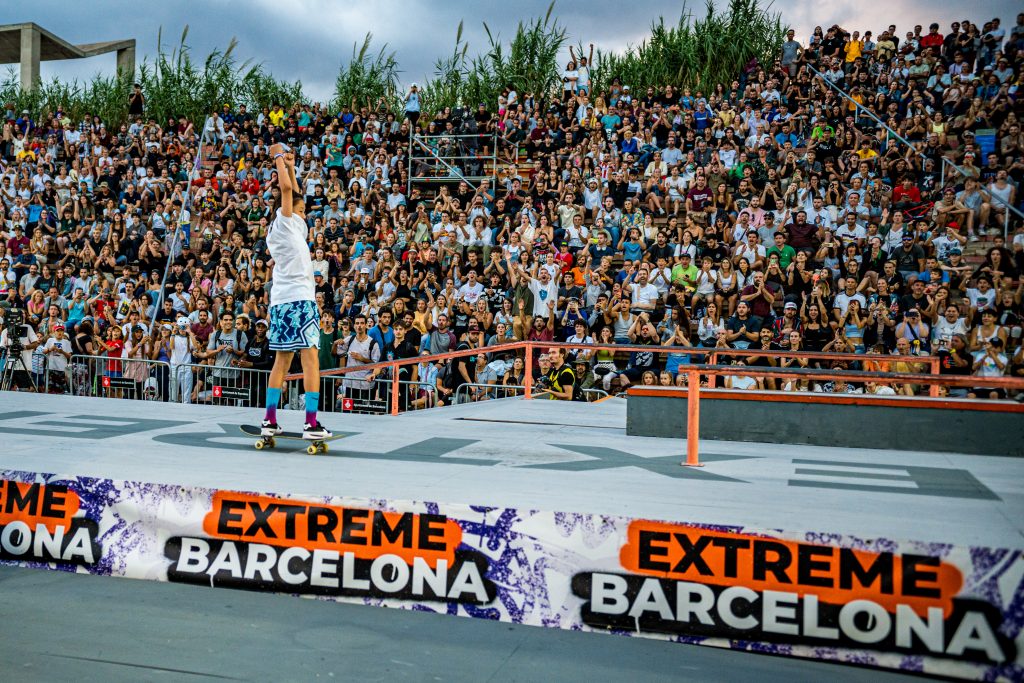 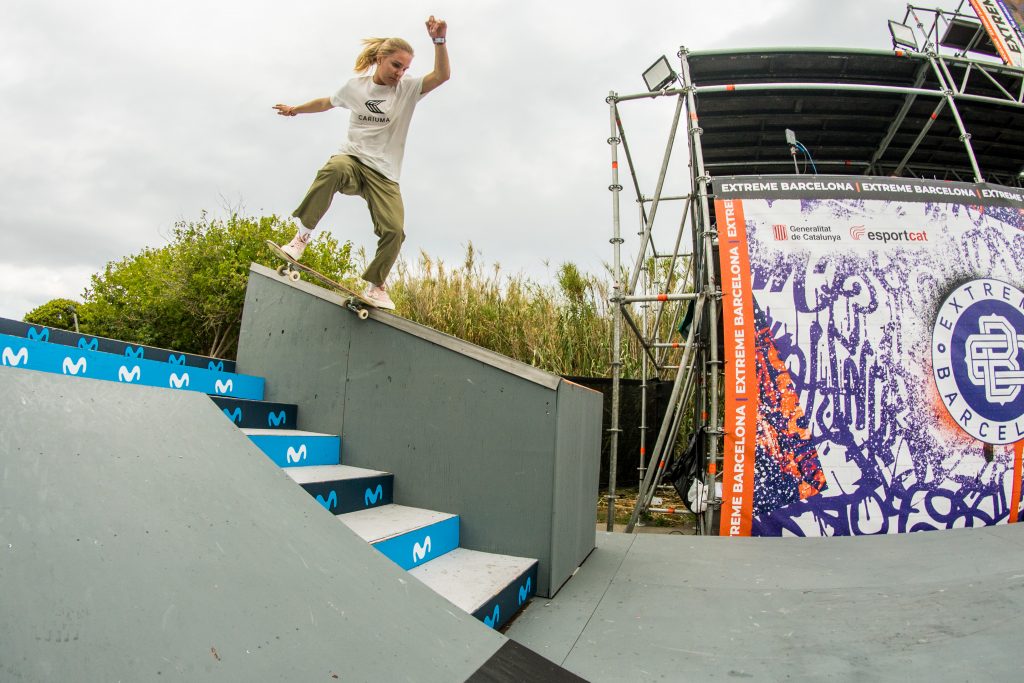 BMX came to the 12th edition of Extreme to offer spectacle to all visitors in the two parks of Extreme Barcelona: Kieran Reilly, Iveta Miculycová and Adrián Dunquela were the great protagonists on the bike in the 12th edition of Extreme Barcelona.  In Central Park, an Olympic qualifier for Paris 2024, Kieran Reilly and Iveta Miculycová took the points to follow the Olympic path. Reilly, one of the most in-form riders of the moment, won gold in Barcelona and won the hearts of the spectators with one of his classic, perfectly ironed double flairs. His compatriot James Jones took the silver and Daniel Dhers (Olympic silver) took the bronze and the affection of the whole audience.

Iveta Miculycová, took the gold in the women’s final, after performing a spectacular competition with very risky tricks, in the final she received a standing ovation from the audience after performing a backflip that gave her the victory. Colombian Queensaray Villegas and Venezuelan Katerine Diaz completed the podium.  Adrian Dunquela was the surprise of Sunday afternoon, snatching the place from one of the best BMX Street bikers: Courage Adams, who had to settle for silver. Dunquela was surprised by the result, but the Spaniard made a spectacular second round in which he landed all the tricks. 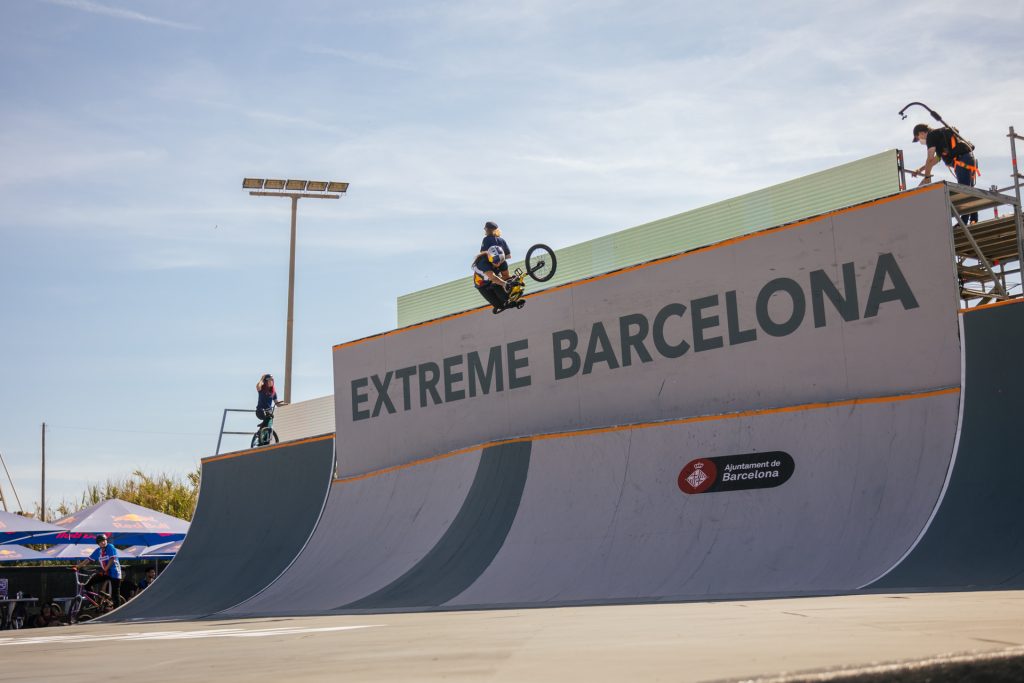 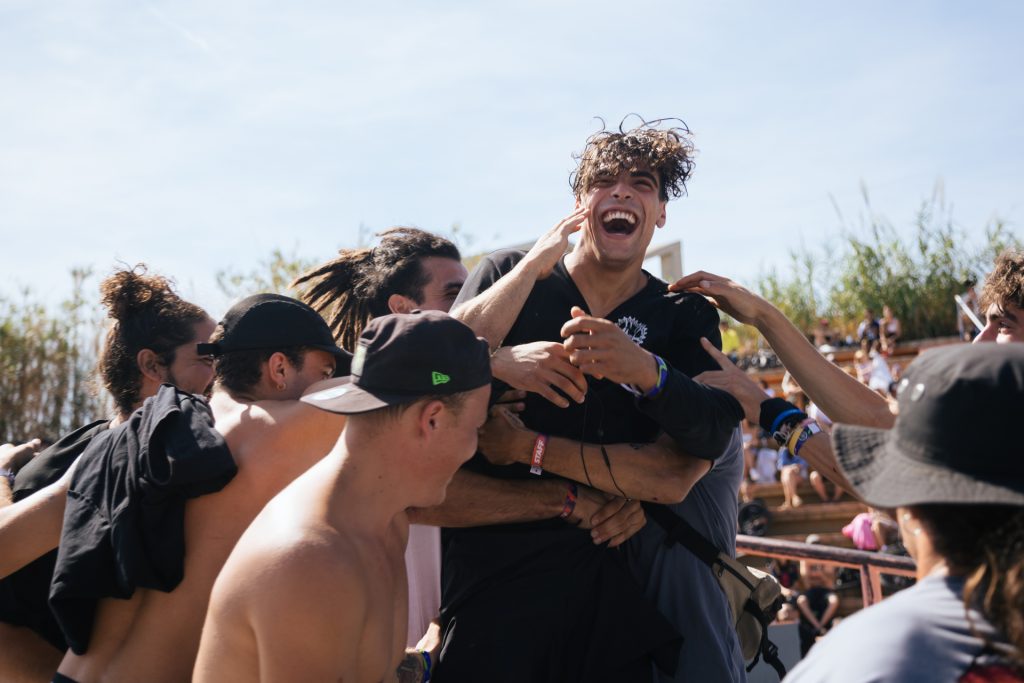 The sports competition was complemented with activities for all ages where the spectator became the protagonist.  On Saturday the Plaza 3×3 CaixaBank again set up its courts in the Parc del Fòrum to offer a festive day with different clubs of the Catalan territory. Climbing made its debut in this 12th edition of the Extreme offering directed activities thanks to Indoorwall for all the public during Friday and Saturday at the Boulder Blue Banana and making the first Open competition of this Olympic sport that resulted in 80 participants in a spectacular Sunday day. Other activities open to everyone were Nerf Challenge, Hotwheels Superchargers or Movistar Open Park, where at various times of the day there were competitions of ‘Best trick’ for boys and girls who do skateboarding, scooter and BMX could take a prize for the best trick of the day. 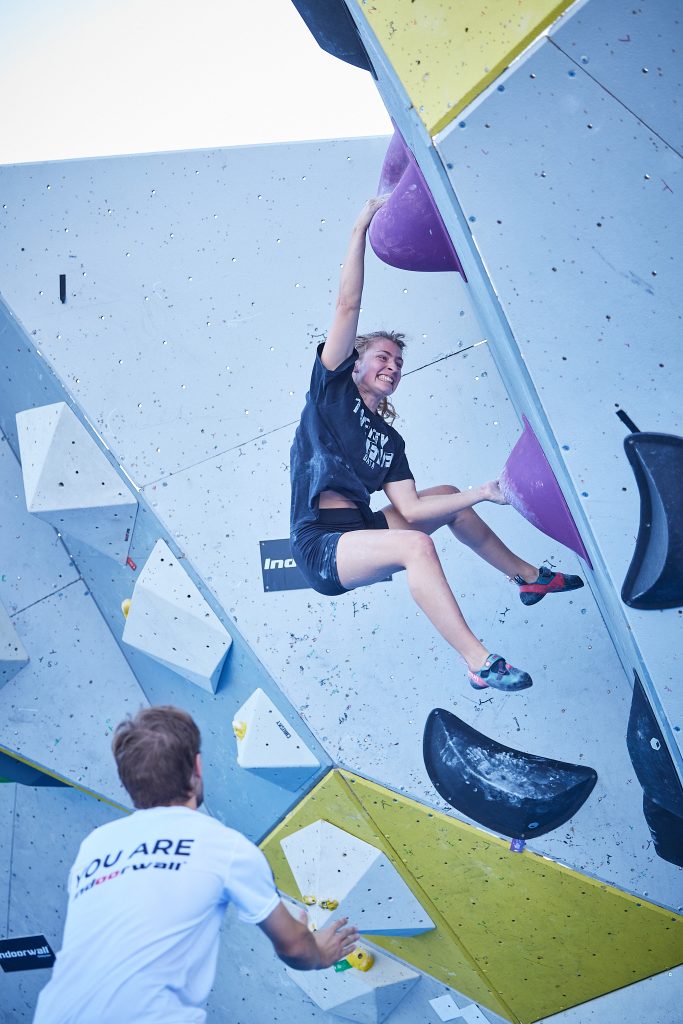 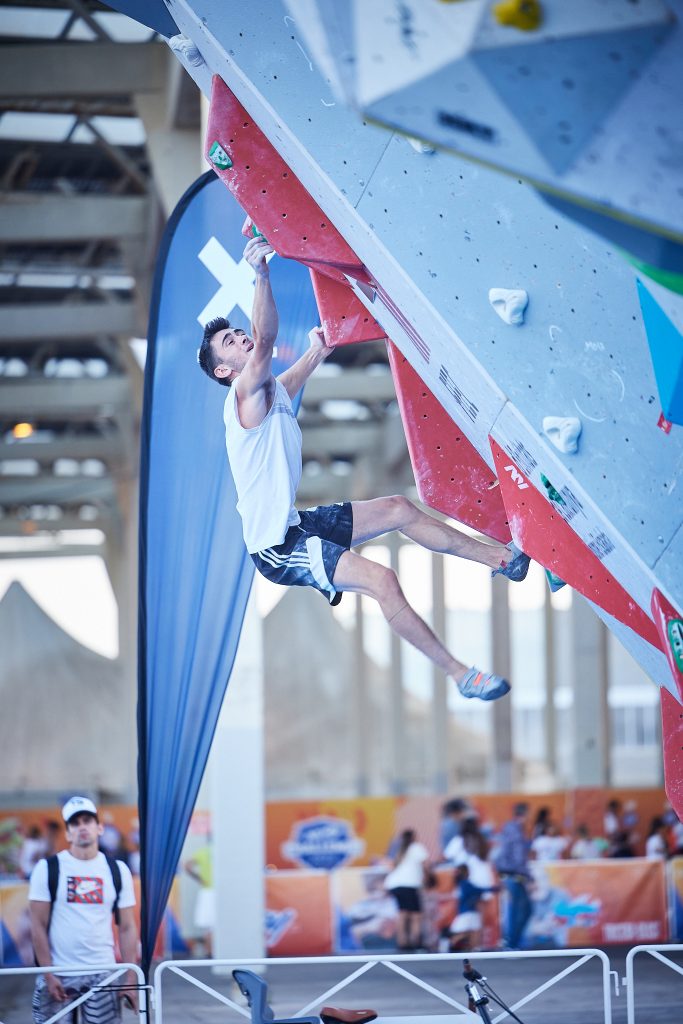 Music and urban art were the secondary actors of this weekend full of sport and adrenaline. The ‘Flex Moments’ stormed the Parc del Fòrum on Saturday evening with free concerts by Anier, Leiti Sene and Alu. More than 800 young people crowded into the Parc del Fòrum to experience an unforgettable evening of free music. 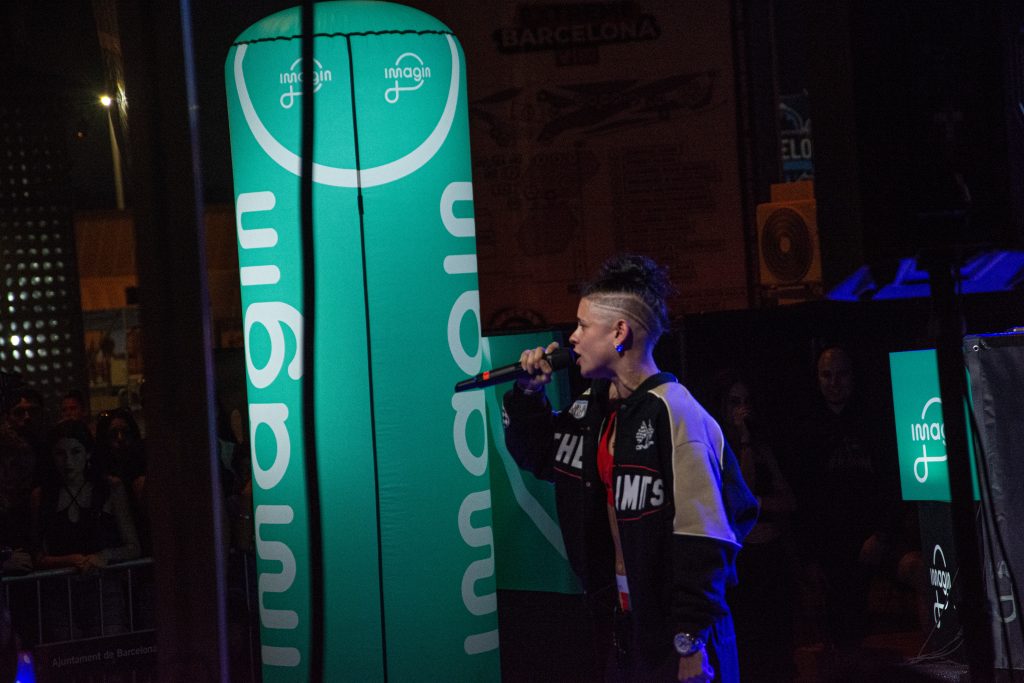 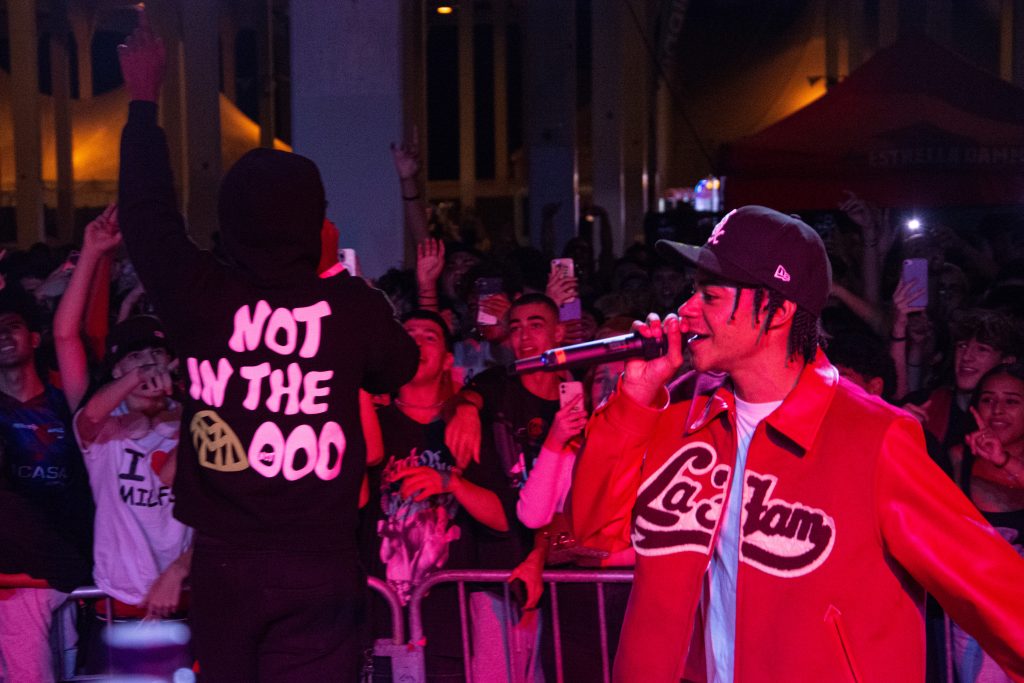 The Urban Art Points by Fritz-Kola decorated the entire Extreme Barcelona venue where local artists showed during the weekend all their art to the more than 28,000 people who entered the venue.  Extreme Barcelona closed its doors in this first free edition, 12 editions endorse one of the largest urban events in southern Europe. Athletes, visitors and artists are already looking forward to returning to Parc del Fòrum, one of the hallmarks of urban sport in 2023.