The Madrid Challenger Series closed its second edition turning the CDM Gallur in the epicenter of national and international CrossFit, where more than 10,000 visitors during the weekend. The CDM Gallur became the perfect place not only to live an authentic CrossFit competition but also a global experience under this discipline: markets, footrucks, lectures, masterclasses, weightlifting show and Meet&Greets.

On Saturday, November 26, the event moved to the Palacio Real of Madrid with a spectacular show at the Palacio Real, where 12 weightlifting athletes gathered to bring the sport to the streets of the Spanish capital. Mouna Skandi and Otto Orta were the winners of the ShowMatch, which featured two exercises: the snatch and the clean and jerk. 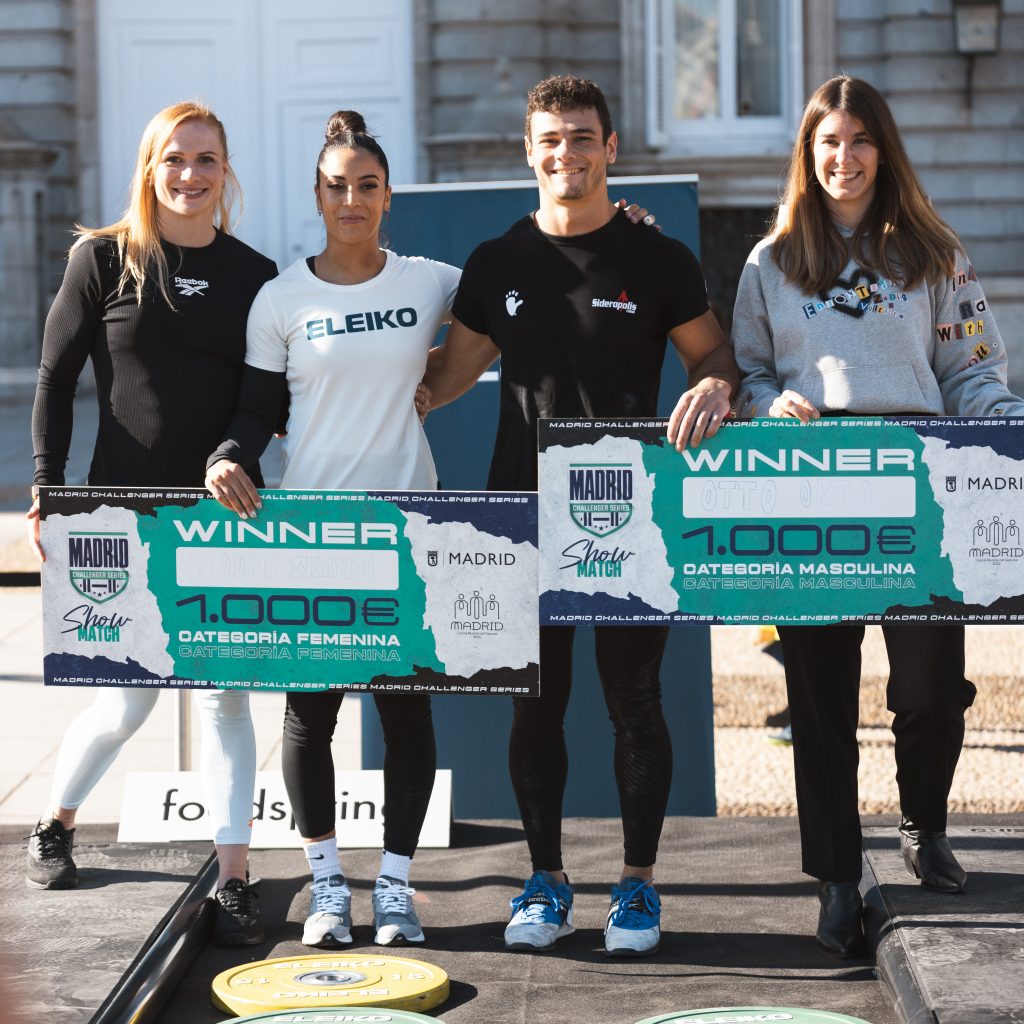 Mouna Skandi has taken the victory after lifting 85 kg in snatch and 100 kg in clean and jerk. The Spanish champion has shown one of her best versions to face the World Weightlifting Championship on December 5. “It has been a privilege to compete here, to bring weightlifting to the general public and to the Madrid Challenger Series at the Palacio Real“. Mouna, before his performance points out that: “I have felt very well, this test has helped me to see how I will feel in the world championship. For me, to be able to represent weightlifting myself is a dream“.  For his part, Otto Orta, has lifted a weight of 119 kg in snatch and 143 kg in clean and jerk and has taken the check for 1,000 euros for the Sideropolis Club of Madrid, which has brought its best members to compete in the Royal Palace.  “The scenery is spectacular, I have never competed with so many people.” Orta, who a few months ago was crowned junior runner-up, has valued his career “I have only been in weightlifting for two years, I value very much the opportunity to compete and besides winning, it is a great satisfaction“. 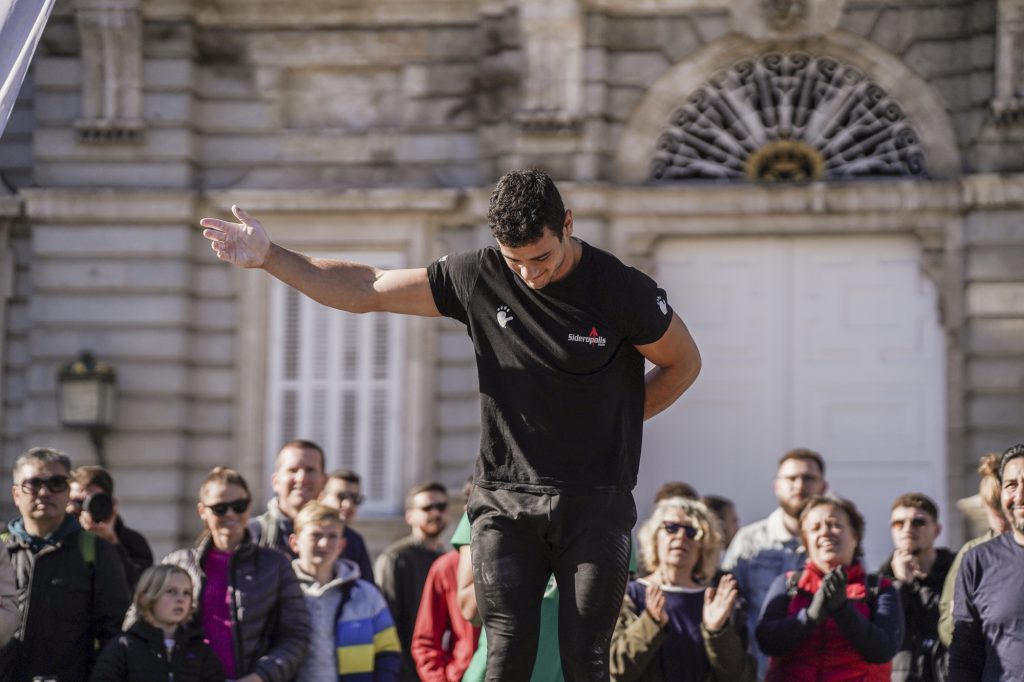 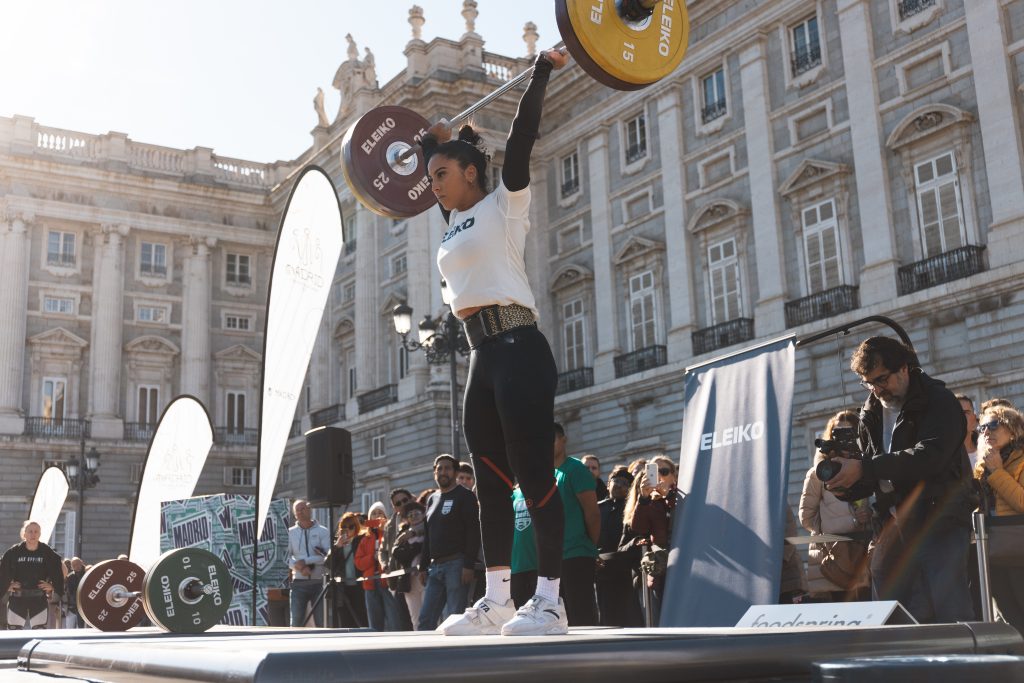 Sport, the main focus of the Madrid Challenger Series

The Madrid Challenger Series also works from different points of view the sport, during these previous weeks has carried out extracurricular activities with some schools and institutes of the Madrid community and also collaborated with the Rafa Nadal Foundation, carrying out an action in the Magic Box. Ray Zapata, one of the ambassadors of the event, also wanted to contribute his grain of sand in the training of new athletes and has conducted a Masterclass with Madrid gyms with more than 50 children who have enjoyed the advice of an Olympic silver medalist. “Sport teaches you a lot and is very useful for many things, sport is health but it also teaches you to fall down and get up again“. Just what the Olympic silver medalist wanted to transmit by performing some basic gymnastics exercises over long distances, encouraging the children to keep trying and trying the movements. 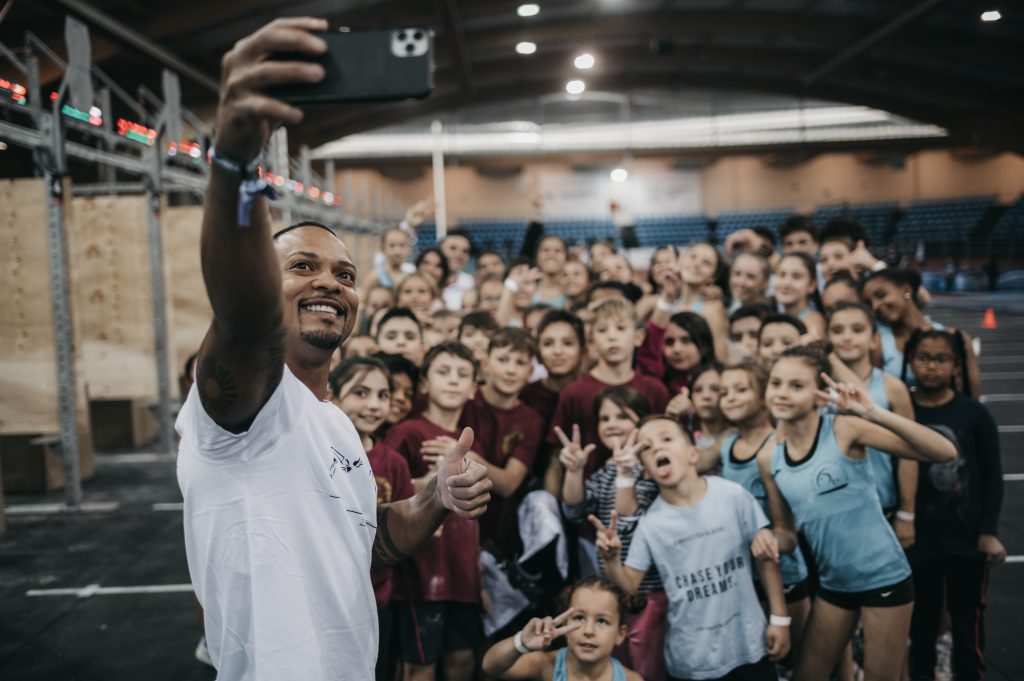 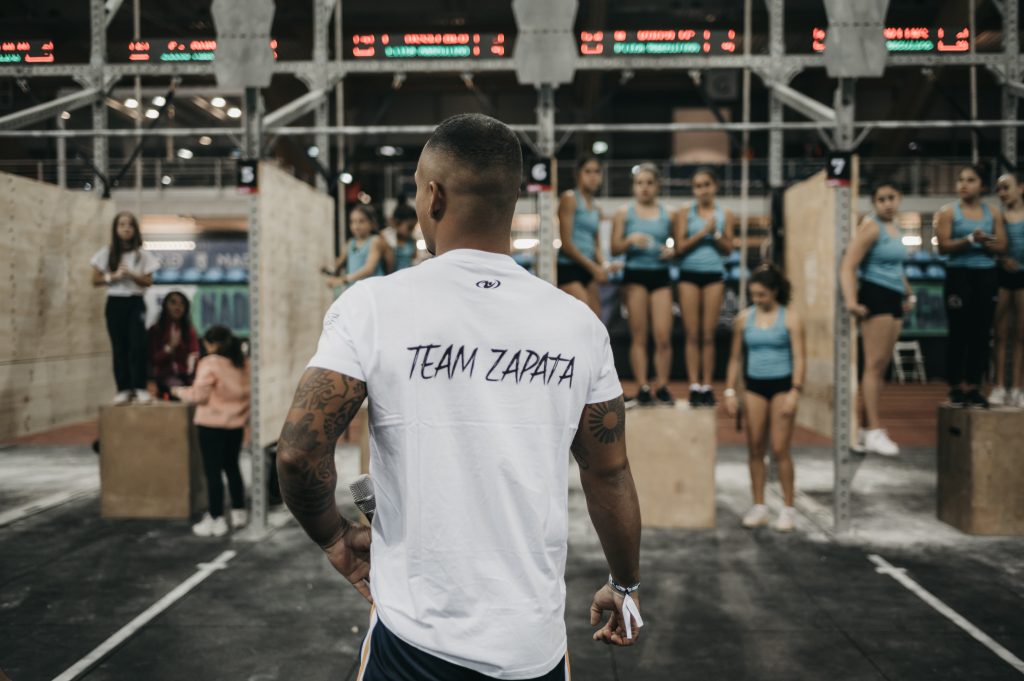 In addition, on Sunday, two-time CrossFit Games champion Annie Thorisdottir gave a masterclass at the Foodspring Arena on the last day of the competition. 20 lucky people and CrossFit fans gathered at the CDM Gallur after winning a raffle held a few days before the event through social networks. Thorisdottir has trained the attendees in a class of hast and push ups advising all participants. Annie then performed a wod in which she mixed rowing, burpees with pull-ups and barbell. “Being an ambassador of the Madrid Challenger Series is a privilege, besides being able to teach in a competition rac is a unique experience, I have enjoyed it very much,” said Thorisdottir after performing the masterclass. 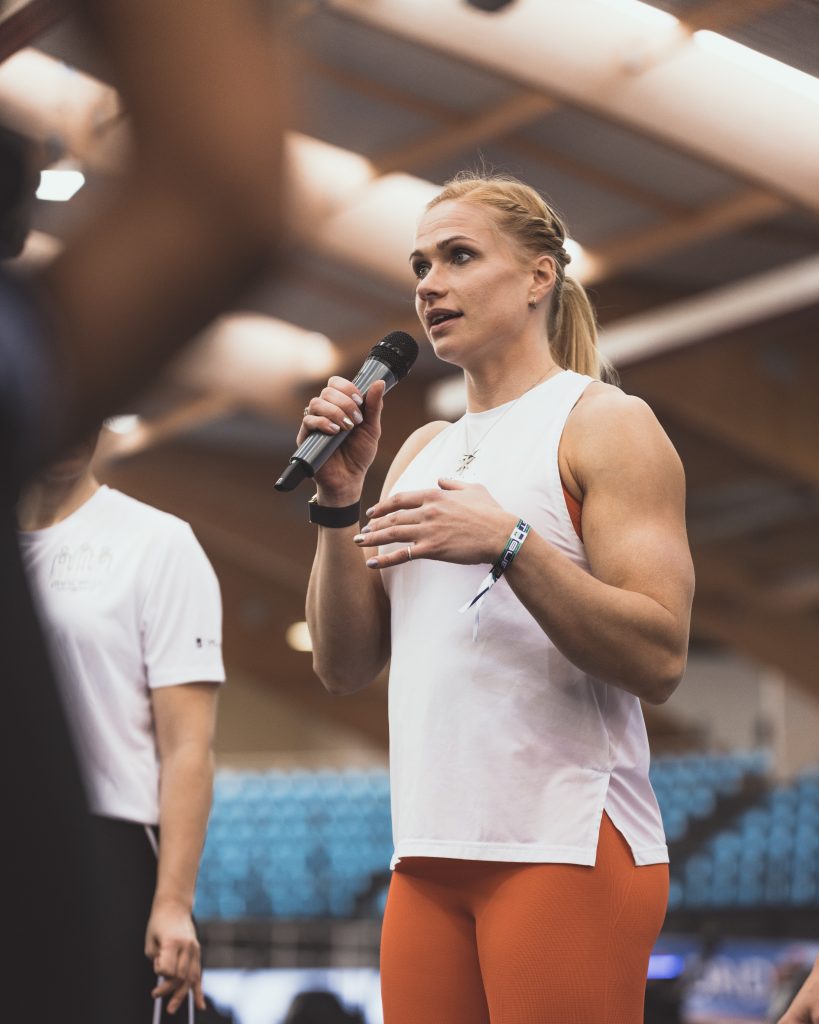 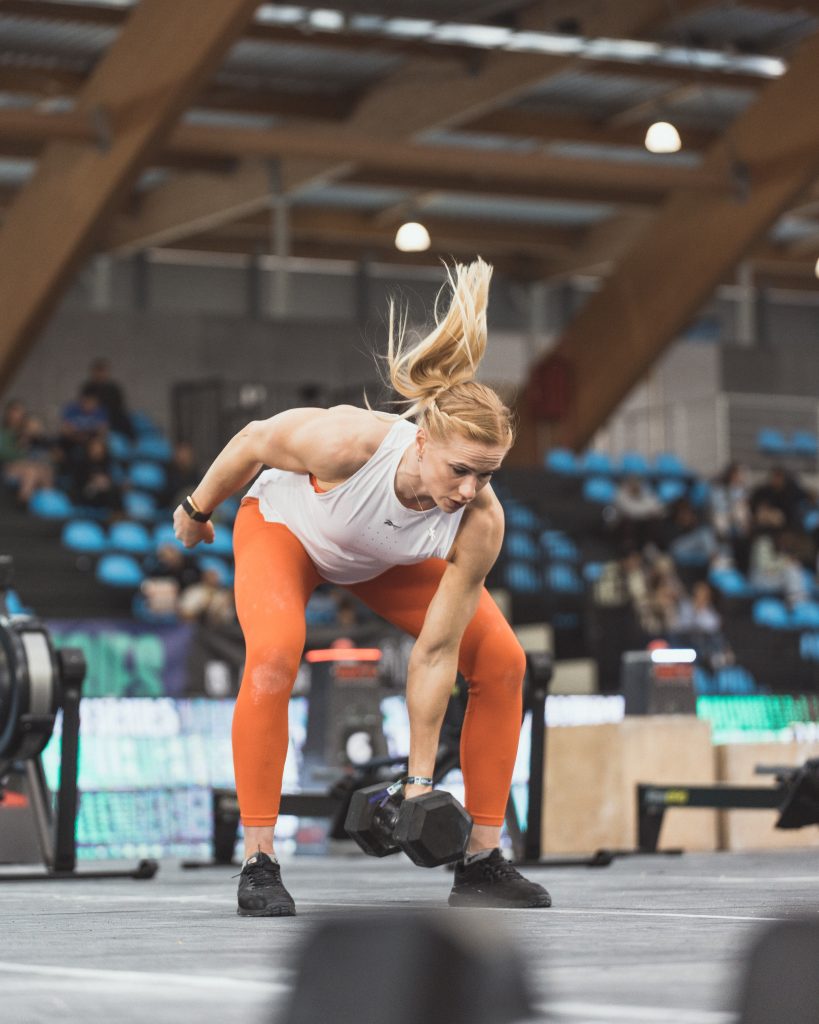 More than 300 athletes have been part of this second edition of the Madrid Challenger Series and have disputed more than 50 impossible wods, full of technique and precision. Only 15 male and female athletes in the Elite Individual category have passed to the final that has been disputed today, Sunday. In the Elite Men’s category, Giorgios Karavis has once again retained his title and was crowned champion in this second edition of the tournament. Karavis has shown a very high level from the first day of competition and has reached the final with half a title under his arm. “I am very happy to revalidate my title, it has been an incredible competition, with a very high level“, he commented. In Elite Women, Rebeka Vittersson has taken the victory in this second edition of the Madrid Challenger Series. The second position was for the Spanish Silvia García ‘Sepius’ and the podium was completed by Elena Calatarrá. “The Madrid CrossFit community is incredible here in Madrid, I felt very supported in all the wods and I am very happy with my victory,” she said. Noshortcuts Training has not let anyone take away the first prize and has been crowned champion while the Spanish Training Culture have finished in second place. “We are very happy to have participated in this second edition, the Madrid Challenger Series has been a super event for us,” they explained.   The Madrid Challenger Series closes a second edition of luxury with heart-stopping competitions and many activities for visitors and athletes that make it the most complete CrossFit event nationwide.