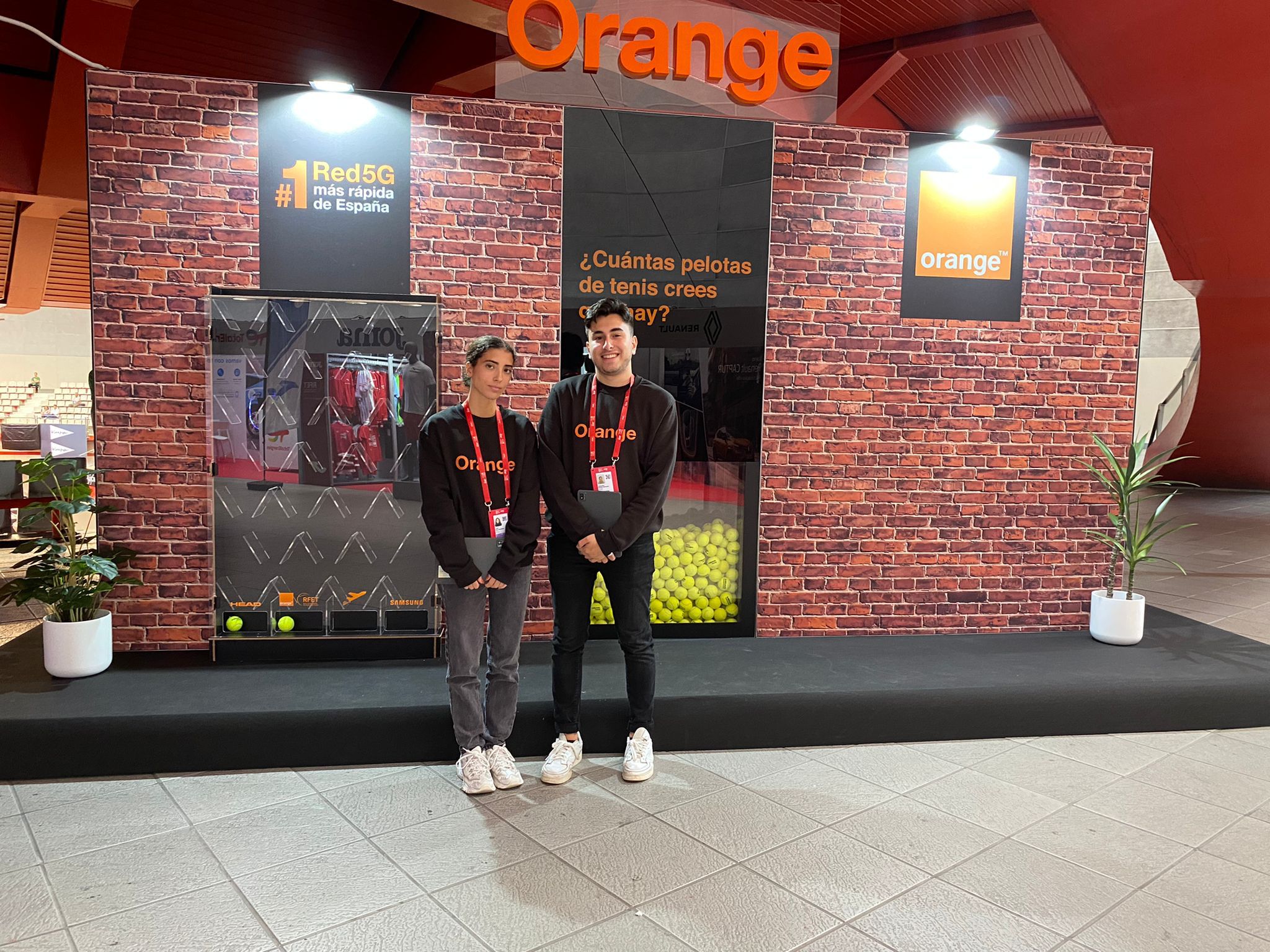 The telecommunications company, Orange, sponsored the ATP 250 event held in Gijón from October 8th to 16th. SevenMila managed the activation of the Orange space with a personalized stand where all visitors could come to participate and answer the most asked question during the competition: How many tennis balls do you think there are? in order to be eligible for the prizes. The winner of the Gijón Open ATP 250 was the famous Rublev who is currently in the 8th position of the ATP ranking.

The procedure was simple. Once the participants had provided the necessary information to the hostesses, they had to throw a tennis ball and throw it into one of the holes through which it would fall until it reached some boxes where the prize would be revealed.

If the box was the Orange/RFET box, the participant would get merchandising such as mugs, bottles and even chargers.

If they landed in a different box, they would be entered into a raffle with attractive prizes such as a pack of tennis products, a Samsung Galaxy S215G or a trip for two to a 4-star hotel in Malaga and tickets for the Davis Cup.

Thanks to SevenMila’s action for Orange, Rublev was not the only one who returned home happy after that week.