• The Catalan Sports awards SevenMila as the best sport company of the year.

The Catalan Sports Festival was born in 1996 by the Union of Sports Federations of Catalonia and the newspaper SPORT. Since then, each year the best athletes, clubs and entities linked to the world of sport have been awarded to recognize their work throughout the year. This 2020, a particularly difficult year, the jury of the Fiesta has awarded SevenMila with the Sport Company Award.

SevenMila was born from the merger in 2014 of the Catalan companies Seven Marketing on Sports & Leisure, led by the founder of the SPORT newspaper Josep Maria Casanovas -who is the current president- and Mila Events, created by Jordi Roquer, current CEO.

The company, mainly, has always worked in the creation, organization and execution of large events. In 2008 he created the Extreme Barcelona, ​​an internationally renowned urban sports festival. Since 2015, he has been the promoter of the Catalan round of the FIA ​​World Rallycross Championship and has already added 5 editions of the Barcelona Firefighters Race as executing company with 4 more years ahead.

“Sport is a sector with a lot of future, not only at the competitive level but also at the business level. We have been dedicated to urban sports for more than 10 years and eSports for many others. This award is a reward for the good work of the team” , has explained Josep Maria Casanovas.

As is known, this 2020 has been very difficult for the vast majority of companies and also for SevenMila. In order to keep her alive, he has tried not to stop and look for new opportunities. A few years ago he created the “Hybrid marketing concept”, an idea that promotes the combination of the offline world with the online one. This initiative has allowed that throughout this 2020 it has not stopped completely.

Jordi Roquer, CEO of SevenMila, has commented “we want to thank the jury of the Festa de l’Esport Català for this award” and also added “I do not want to forget about the customers who have continued to maintain their trust in us throughout this year “.

Last April I had to organize Madrid Urban Sports, an urban sports event with qualifying competitions for the Tokyo Olympics. The pandemic forced it to be canceled, but SevenMila has transformed it into the most powerful virtual event in international street sports with more than 15M accumulated video views during the month of November.

SevenMila’s expertise in the world of urban sports has meant that during the month of July it was invited to participate in the tender for the creation of the concept of urban sports for the 2024 Paris Olympic Games, where it was a finalist.

In summer, together with the General Secretariat of Sport and the UFEC, she created the Sport Virtual Camp, a training and entertainment project for boys and girls between 6 and 12 years old. Some free camps to help all those families affected by Covid-19.

During the month of August she returned to work with the Circuit de Barcelona-Catalunya organizing the 3rd edition of the 24h Simracing, with more international participants than ever, since instead of taking place in person in Montmeló, the participants competed from home.

For the Fiestas de la Mercè, SevenMila had to hold a new edition of imaginExtreme Barcelona, ​​but the event had to be postponed until November. Although it was initially planned to do so with a very small public capacity, the circumstances of the moment made it have to be carried out behind closed doors and TV and social networks were the essential dissemination tools.

The FIA ​​World Rallycross Championship, which was coming to Catalonia for the sixth year, also had to change its original date and finally also had to be held without an audience at the Circuit de Barcelona-Catalunya. In addition, during the months of confinement, SevenMila collaborated in the organization of WorldRX eSports, a virtual simracing championship that combined official world championship drivers with virtual pilots and stars from each country, as well as different activities and gamification proposals.

SevenMila’s objective for 2020 after the arrival of Covid-19 in our country was not to stop to keep alive the spark of sport and events in our country. Despite being a complicated year, it has not stopped for a moment and hopes to continue growing and organizing events next 2021. 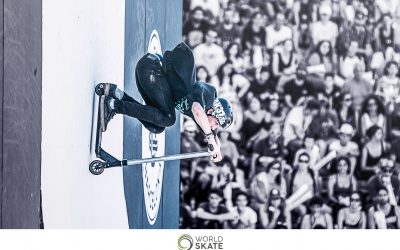 The Extreme Barcelona 2021 will be held on the weekend of September 25 and 26, within Barcelona's Festival "La Mercè". The event will once again be the epicenter of urban sports with skateboarding, BMX, scooter and roller freestyle competitions. New commitment to... 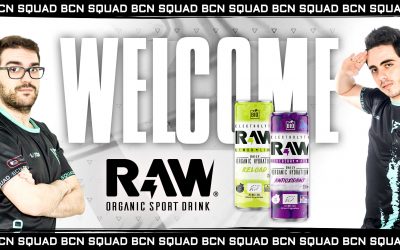 The drink that recently announced its agreement with Fernando Alonso, continues to bet on new sports verticals. RAW Superdrink will feature exclusive digital content from the team as an official partner.    Barcelona, 26 febrero 2020 RAW Superdrink is the first BIO *...